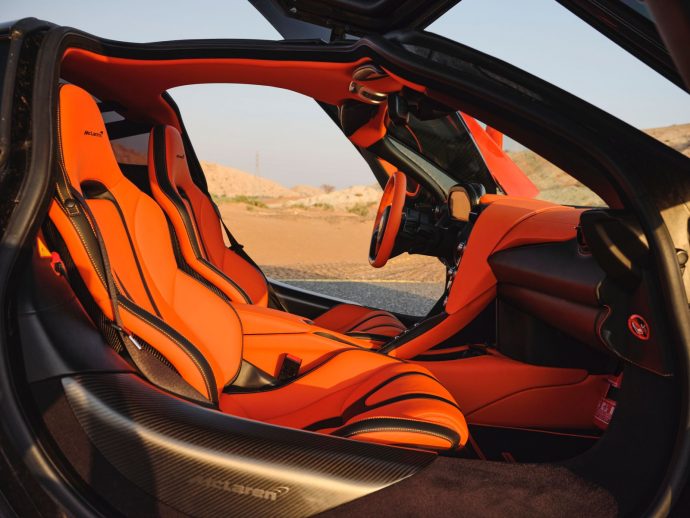 Rent Mclaren 720s to drive around in luxury!

The McLaren 720S is one of the greatest supercar to come out of the British car company. It was unveiled at the Geneva Motor Show in March of 2017, and has gained a reputation for being one of the most impressive cars on the market. With its sleek design and powerful engine, this car is sure to keep on speeding into the future!

Boasting of an impressive 710 horsepower and a top speed of 212 mph, it’s no wonder that this car is turning heads all over the world. The McLaren 720S further comes equipped with a twin-turbocharged V-eight engine.

The McLaren 720S is a unique supercar for a few reasons. Firstly, its design is completely new from the ground up. Every panel on the car is new, giving it a sleek and modern look. Secondly, the car is incredibly lightweight, thanks to its use of aluminum and carbon fiber throughout its construction. Lastly, the car’s engine has been designed to be as efficient as possible, meaning that it produces less emissions than other supercars on the market.

If you’re in the market to rent an outstanding supercar, be sure to check out and rent McLaren 720S. It is sure to turn heads wherever it goes.

How do I rent McLaren 720s from luxurysupercarsdubai.com?

Get in touch with our live chat agents on WhatsApp to enquire about car availability. If available, all you have to do is just send in the required documents & pay the rental fee, and your car will be delivered to you in less than an hour in Dubai.

Will you pick up the car from me?

Yes, we offer FREE drop off and pick up services.

I have a baby; can you arrange a baby seat for me?

Yes, a baby seat can be arranged if required.